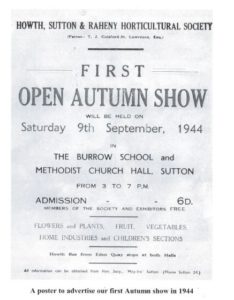 OUR HISTORY
The Society had its origins in the Second World War when the government of the day launched a ‘Grow more food’ campaign, the objective being to encourage householders to grow their own fruit and vegetables.

To stimulate interest in the campaign in this area, a group of local residents organised a competitive exhibition of garden produce in 1943. The resultant exhibition attracted a total of three hundred and five entries including twenty four entries in the rabbit section and several in the hen egg class (six white and six brown).

The proceeds of the sale of exhibits were divided between the Howth branch of the St Vincent de Paul Society and Fairyhill Sunshine Home. Each received the princely sum of £6.11.10.

The magnificent support of that 1943 show inspired the formal establishment of this Society and at a meeting of the general committee, held on 29 September 1943, this was done.

The Society was entitled The Howth, Sutton and Raheny Horticultural Society and T J Gaisford St Lawrence was invited and agreed to be its first patron. The first open show under the auspices of the newly-formed Society was held in the Burrow School and the Methodist Church Hall on 9 September 1944.

Membership reached sixty, with thirteen life members, by the end of that year but, sad to relate, three members were struck off because they failed to pay their subscription in the year in which it was due. We are not nearly as strict today! 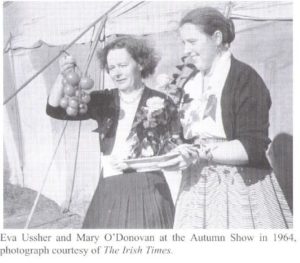 The twenty-first anniversary of the foundation of the Society was celebrated in grand style at the Autumn Show in 1964 when the guest of honour was the Earl of Rosse, then President of the Royal Horticultural Society of Ireland. The show was held under canvas in the Burrow School grounds and there were no fewer than one thousand, two hundred and sixty entries from one hundred and seventy-six exhibitors, almost double the average number at our current shows. 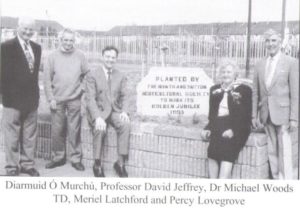 In 1993 the Golden Jubilee was celebrated with several special events, including the rehabilitation and planting of a commemorative garden at Pobalscoil Neasáin and tree-planting in the school grounds. This was an acknowledgment of the excellent facilities which the school provides for our spring and autumn shows.

A link with the earliest days of the Society was broken by the death in July, 1998 of our last remaining founding member, Dermot Mullin. Dermot was a member of the organising committee of the first show in 1943 and gave a lifetime of service to many of the Society’s activities.

Today membership stands at approximately one hundred and sixty and the Society is in a very healthy condition.  The society welcomes gardeners’ of all abilities.  If you would like to find out more about joining Howth and Sutton Horticultural Society click HERE  to read about some of the benefits of membership or email us on info@hshs.ie 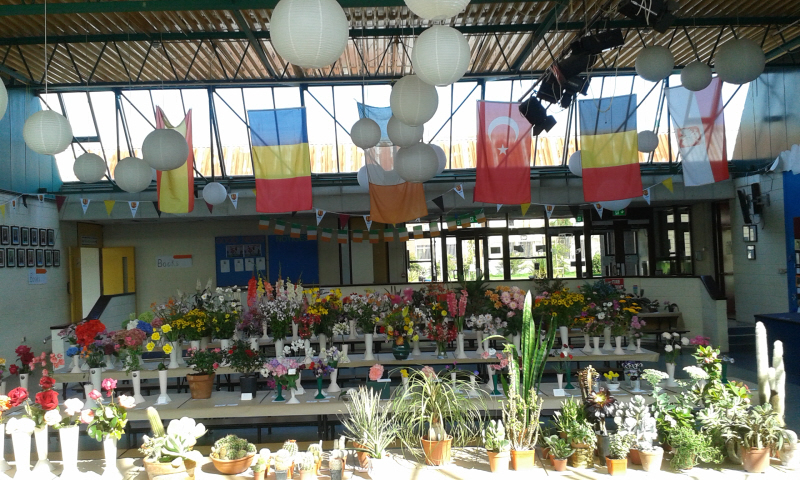 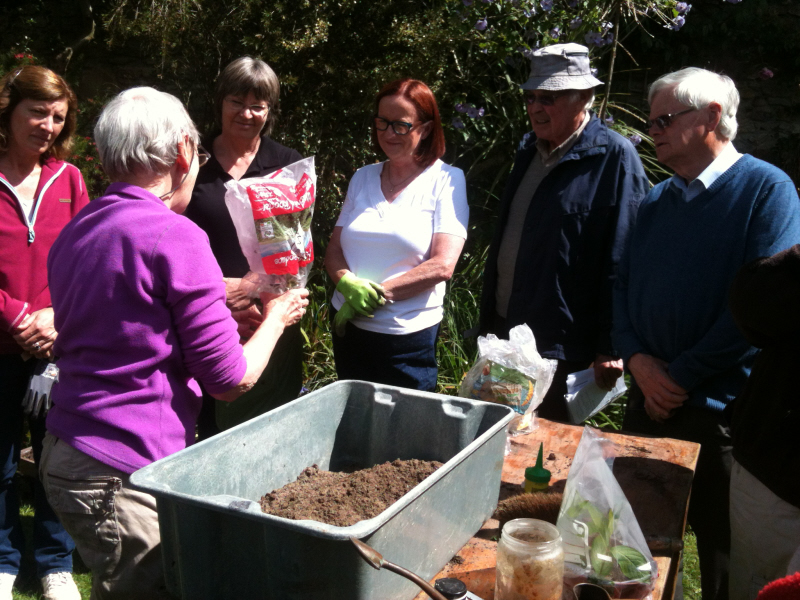 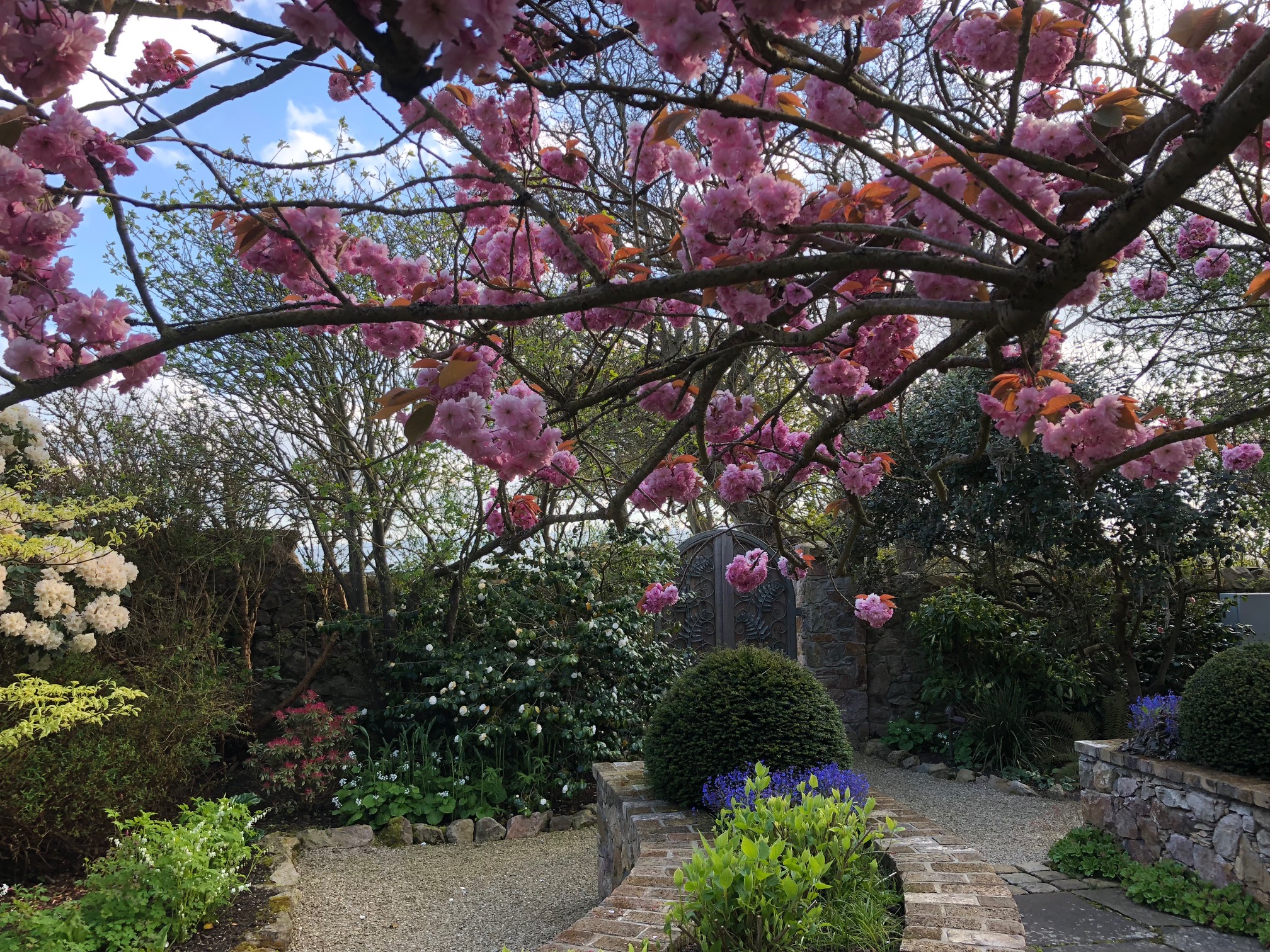 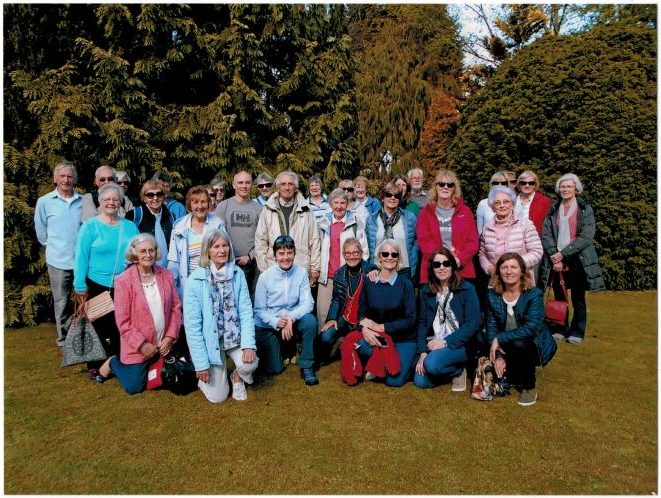