SOME MUSINGS OF A VOLUNTEER
by Janet M Jeffrey

It all began in 2014, the year Howth and Sutton Horticultural Society decided to repeat a very successful Open Garden Weekend similar to that held in 2008. This time, however, it was agreed that the proceeds should be given to a charity. 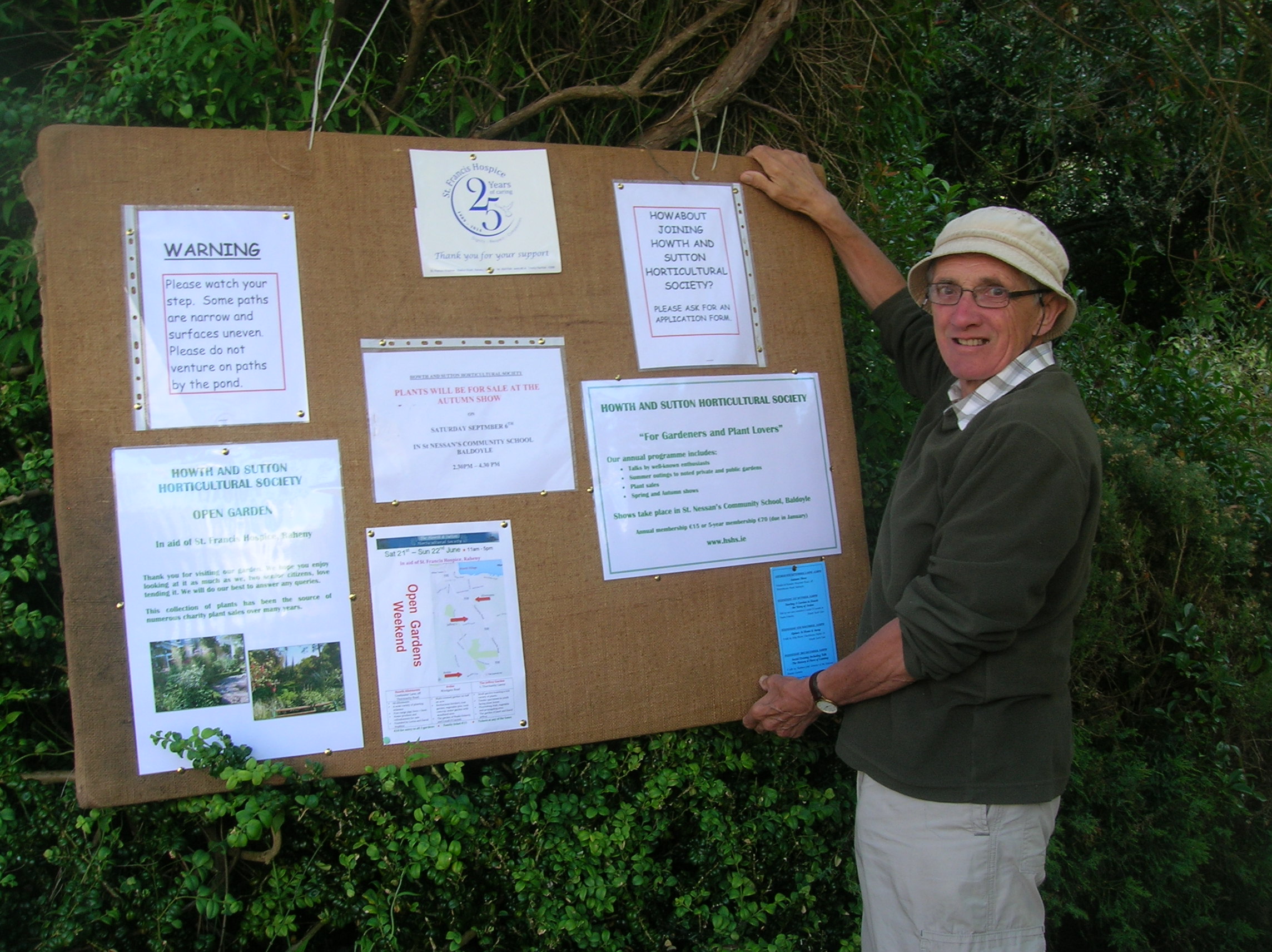 St. Francis Hospice, Raheny, seemed a natural choice, being local, familiar to many – and celebrating its 25th anniversary. Thus a link between the hospice and our society was formed. 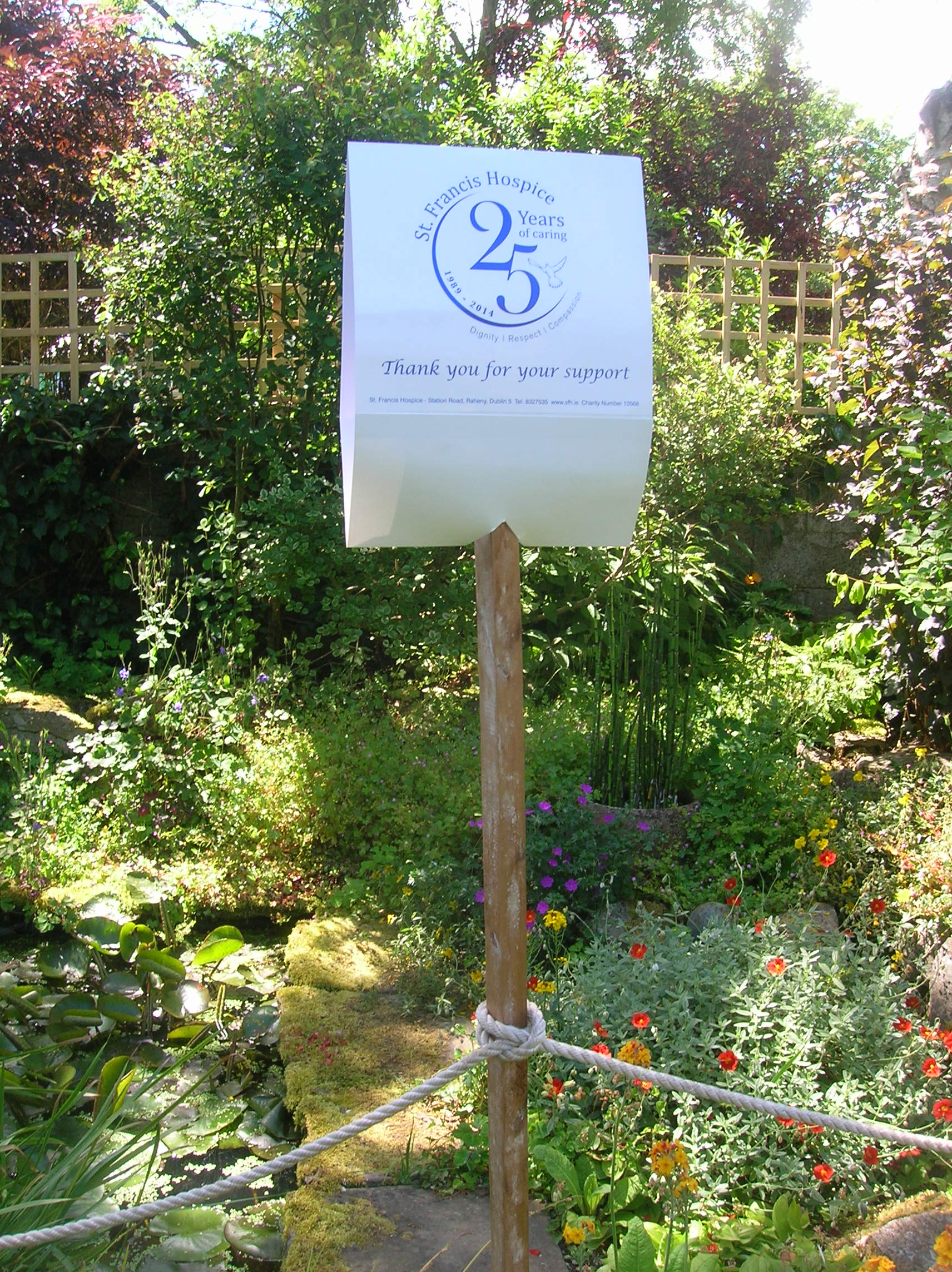 A few months later a hospice circular, advertising for a volunteer gardener, appeared in our ‘Inbox.’  David and I responded, were interviewed, vetted and provisionally taken on.  We passed our 3 months’ probation, and so began a new chapter in our gardening experience. 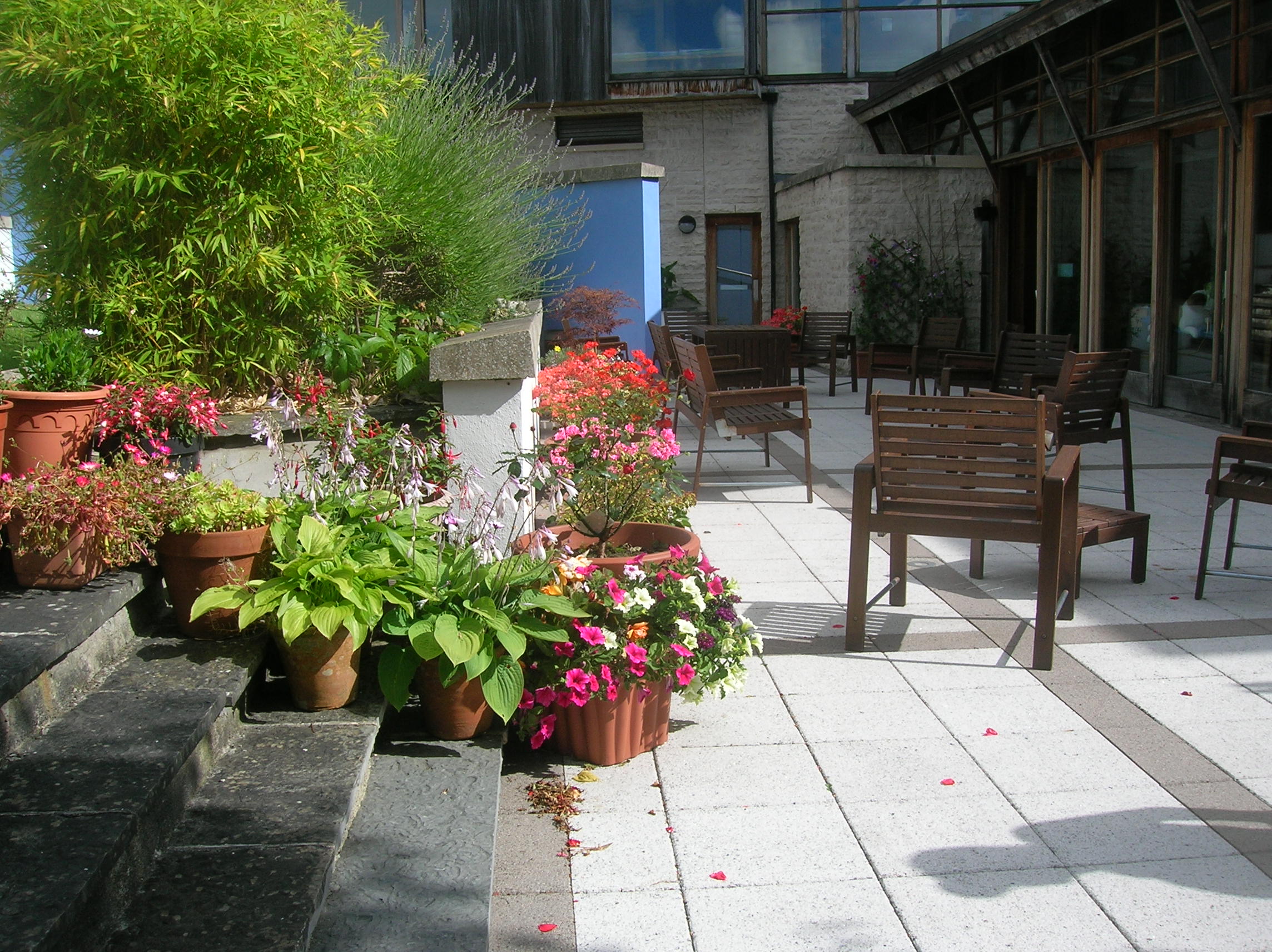 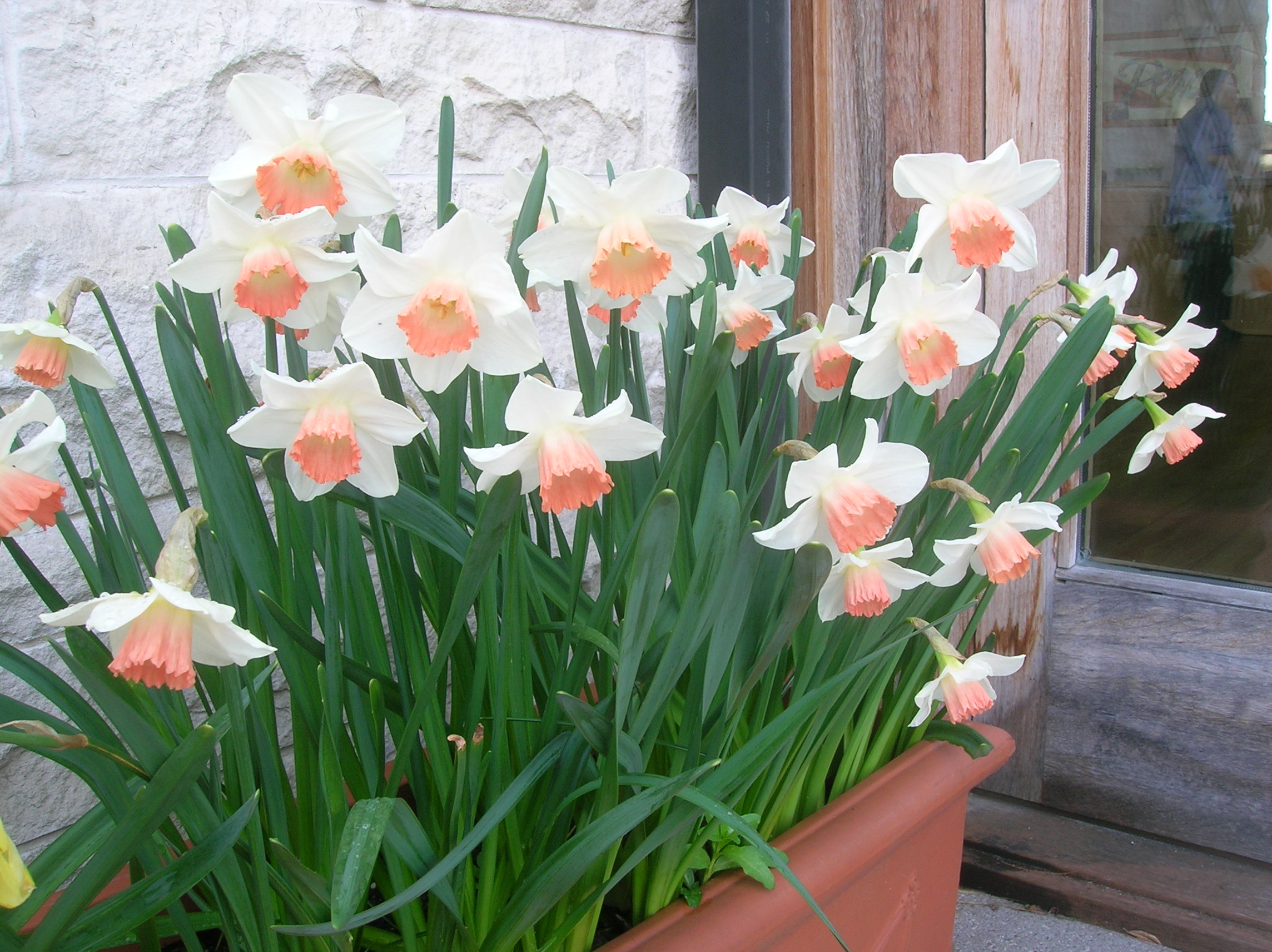 We work alongside, but independent of, a team of volunteer gardeners, each of us caring for a definitive area.  Ours is centred around ‘Day Care’ where patients come for various therapies and social activities. 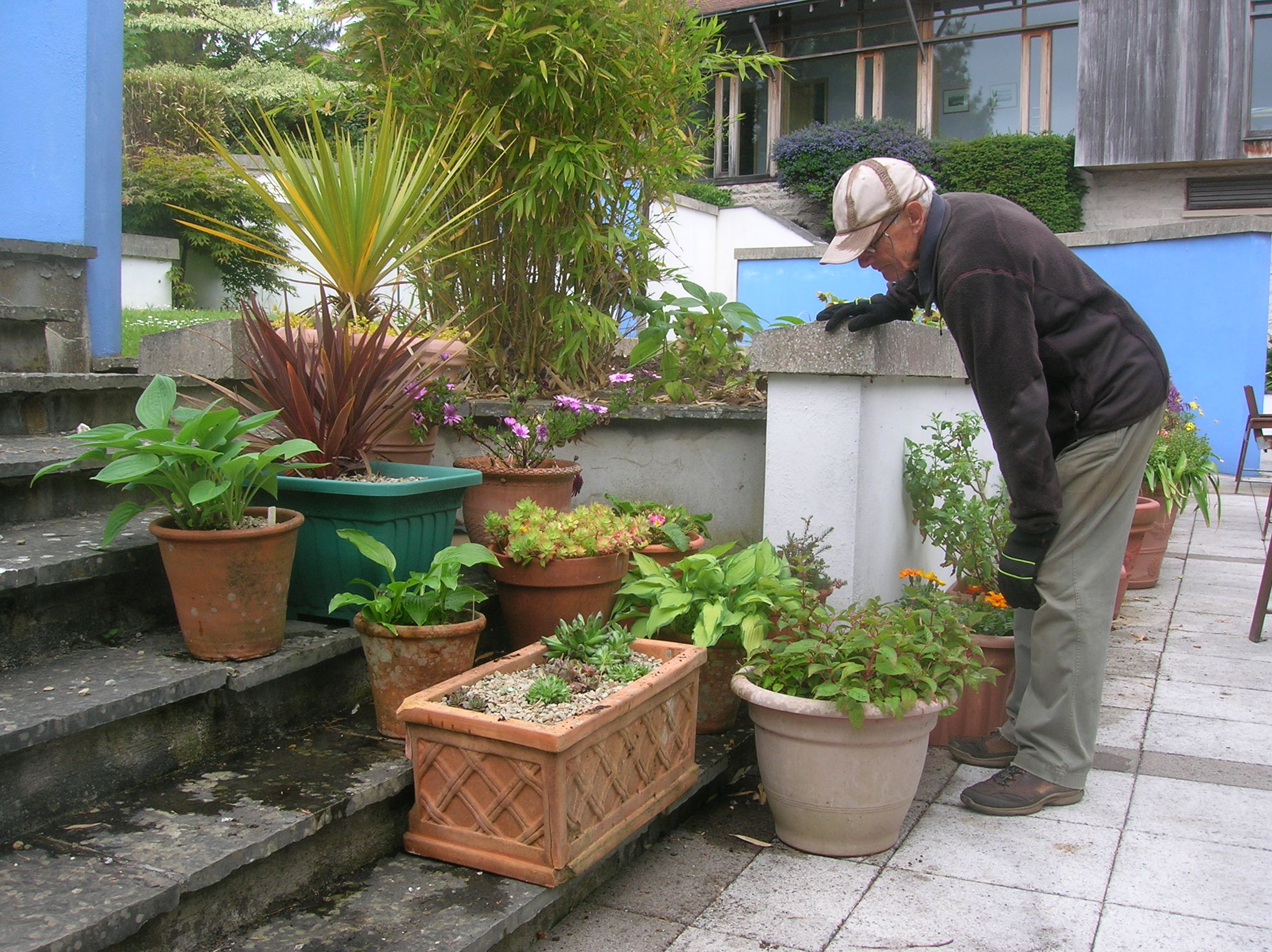 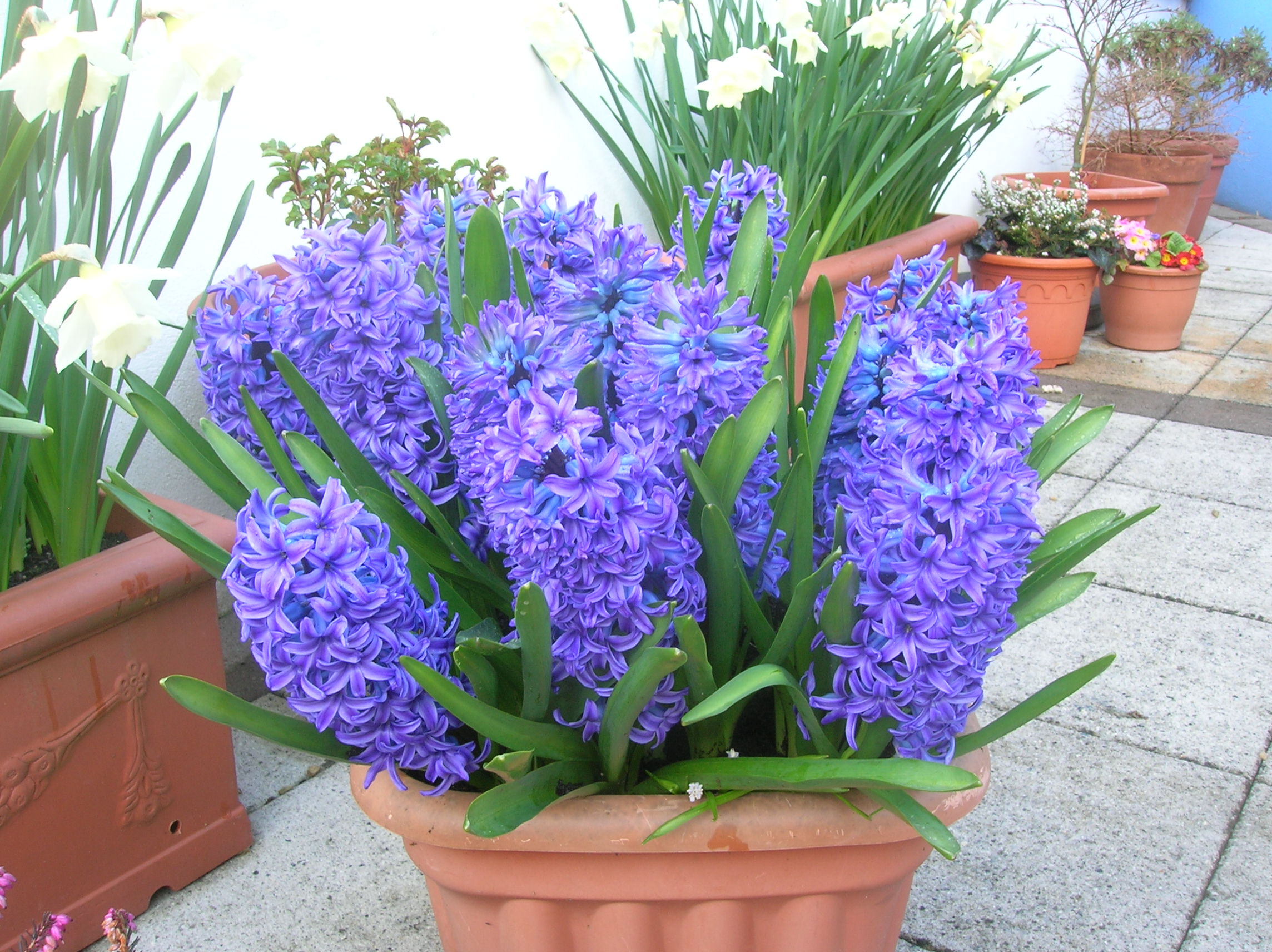 The many bright and cheerful patio containers provide a source of interest throughout the year. The society’s annual donation allows us to buy spring bulbs and summer bedding.  A well traversed small walled garden, used mainly by staff and visitors is also our responsibility.  This we have developed as a peaceful, tranquil garden. 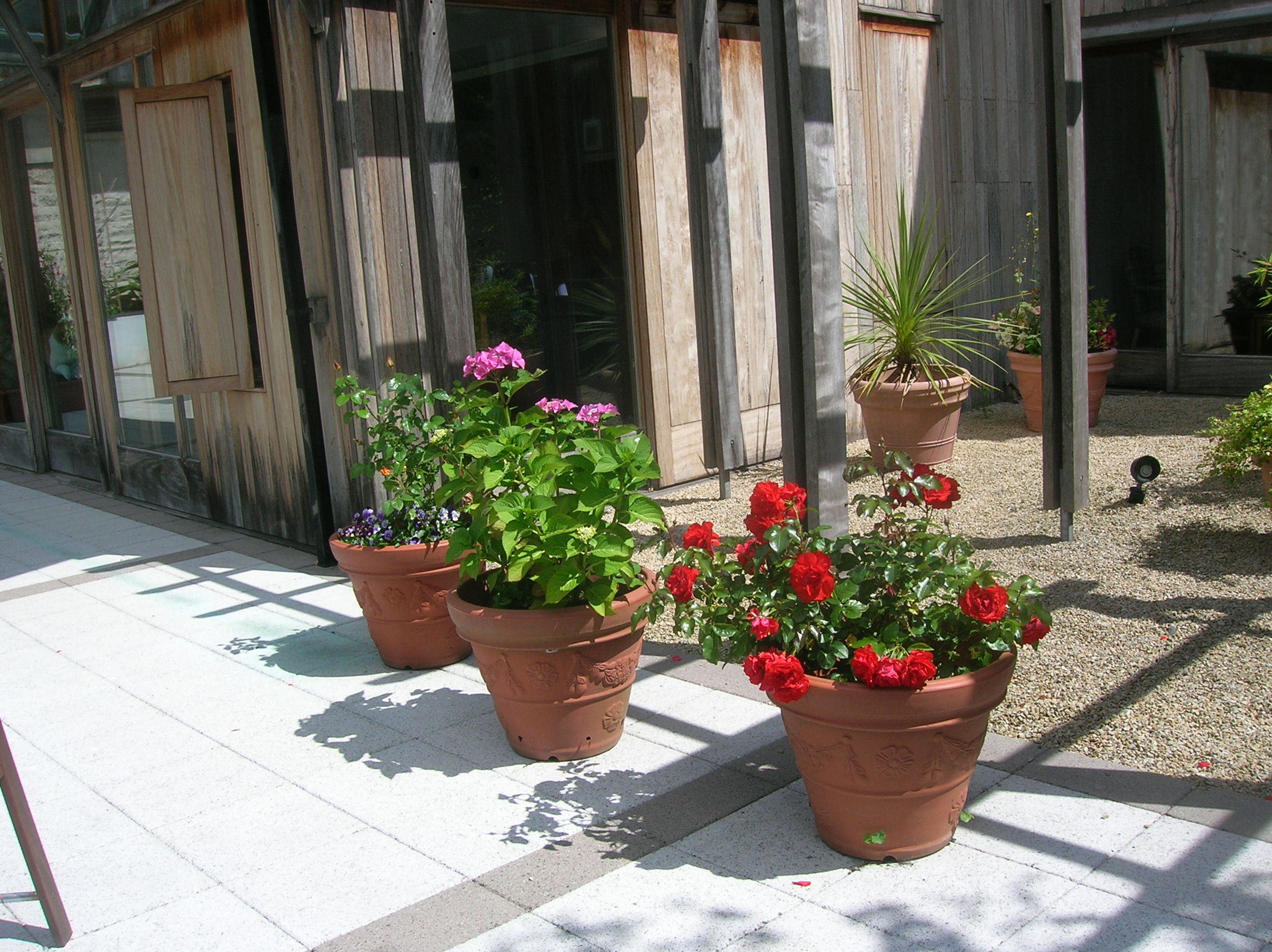 So many people stop and chat to us and admire. The appreciation of all is heart-warming and it makes our efforts so worthwhile. Monday mornings are looked forward to and are quite a highlight of our week!